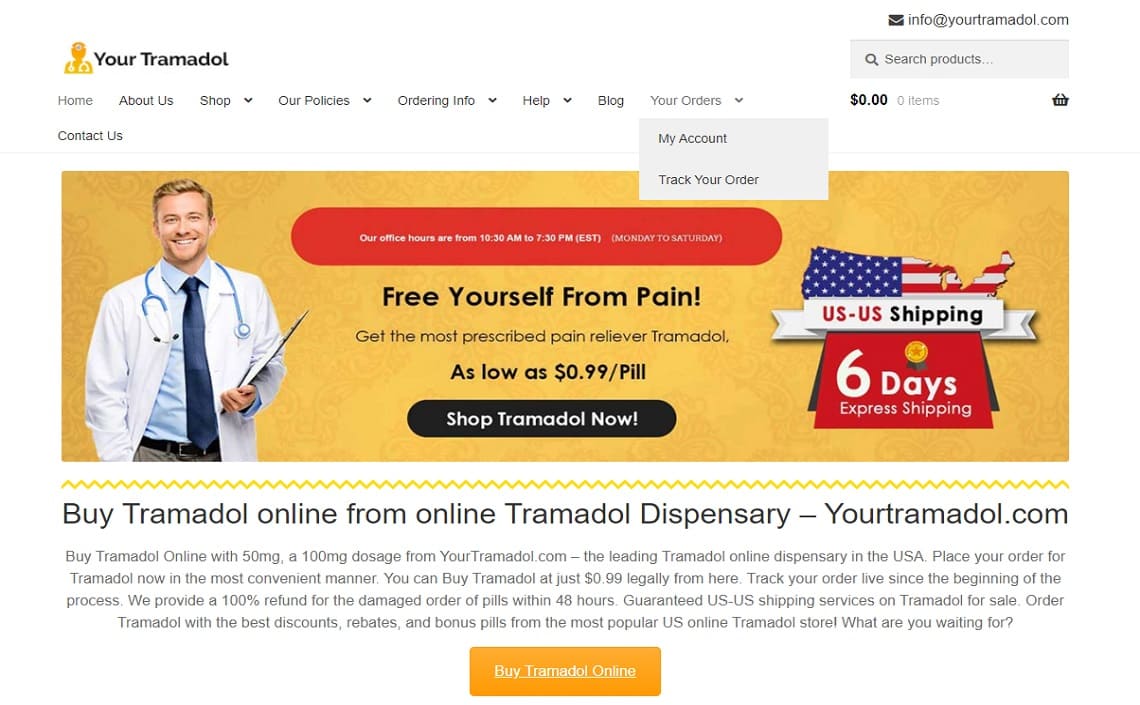 YourTramadol.com is an internet pharmacy that sells tramadol, an opioid painkiller. Most of their business is restricted to the US, though they have suggested on more than one occasion that they can make deliveries to patients in any country around the world that permits the importation of drugs. They guarantee quick processing, convenient payment methods, fast deliveries, high-quality products, and safe transactions, to mention but a few.

For a website that has made so many grand boasts, it might surprise you to learn that they are only two years old. Their domain was created on the 2nd of April 2018, which wasn’t that long ago, as of this moment. 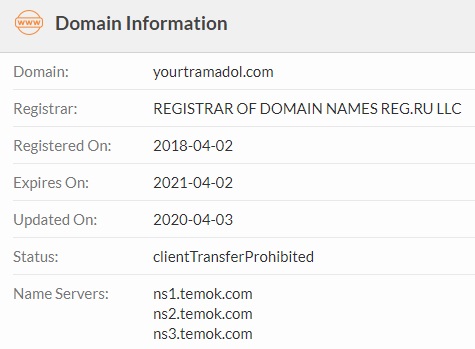 This discovery will put most of you on alert, especially if you understand that a company’s domain age says so much about its legitimacy. It is difficult, if not impossible to trust pharmacies that are younger than five years. There are far too many risks associated with stores that are this inexperienced.

For the moment, it looks like the company is based in the US. They have a lot going for them. For instance, they have a valid SSL certificate, money-back services, and some positive reviews. However, you cannot ignore the fact that scamadviser.com chose to give them a very low rating of 1 percent. 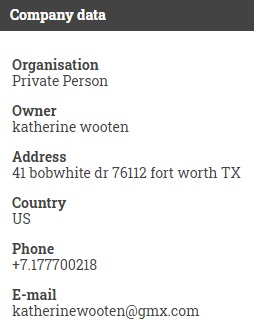 The resource doesn’t like the fact that their Alexa rank is so low. It also noted that the websites sharing the pharmacy’s server have very low ratings. This is a red flag.

The drugstore’s operations are a little suspicious. Their platform has a passable design. It isn’t necessarily attractive but it would be an exaggeration to call them ugly. The claims they have made regarding their origins have failed to line up with the facts on the ground.

For instance, they have suggested that they started selling medicine in 2007. However, that is obviously disputed by their domain age. In fact, it is a blatant lie. They have gone on to say that they have a decade of experience in the online pharmaceutical arena but that is also false. The content on their website is somewhat muddled. You have every reason to assume that it wasn’t written by a professional. That explains all the errors and typos. You don’t expect such sloppiness from an established internet pharmacy.

They have chosen to reveal the identities of some of their workers, with the most prominent being Doctor Adrian who supposedly advises the company on medical matters. However, some of the claims surrounding his career are fishy, particularly the sections that praise him for not only holding a degree in Molecular Biology but also boasting certifications in acupuncture, a field of medicine that most medical professionals are dismissive of.

You are unlikely to find any evidence on the internet corroborating Doctor Adrian’s qualifications. Additionally, you have no reason to believe that he even exists. You cannot trust a company that is not only lying about its age but also creating fake employees.

LegitScript is just as unconvinced about the legitimacy of this platform as you are, which is why it classified them as ‘rogue‘. As you might have guessed, no other regulatory body has accredited or certified them. 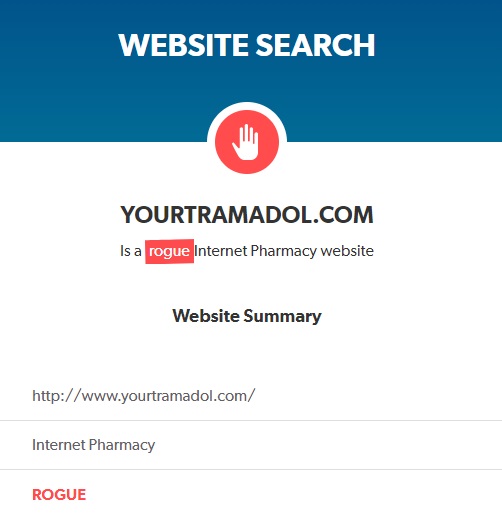 They sell tramadol, a painkiller. It is used to treat various illnesses, including: 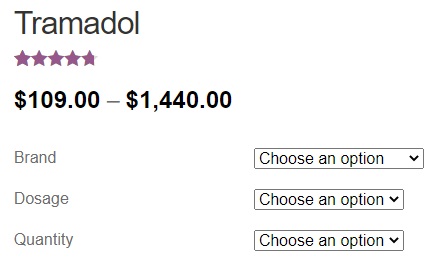 It is unclear as to whether they offer the branded version of tramadol that is made by Janssen Pharmaceuticals or the cheaper option that comes from India. They have admitted that, though their pain medication brings relief, it is also associated with risks of addiction and abuse, which is why they expect potential customers to consult a doctor before they submit an order.

The tramadol they sell is quite cheap. This is because they buy in bulk. They also make their purchases directly from the manufacturer. They don’t have to deal with middlemen.

They accept payments via Mastercard and Electronic Checks. With shipping, you can either pay the $40 for normal deliveries or the $50 for express delivery. They deliver to all the states in the US and all the countries around the world.

They only have two reviews on TrustPilot. While both reviews are great, they are too few to paint an accurate picture of the public’s opinion on this website.

This internet pharmacy is riddled with problems. However, it has some redeeming qualities. For instance, their website doesn’t look that bad. More importantly, they have an SSL certificate, which is why they get a rating of 2 stars.