Home » Pharmacies » TheNoRx.com Reviews – Has Lies on Top of Lies 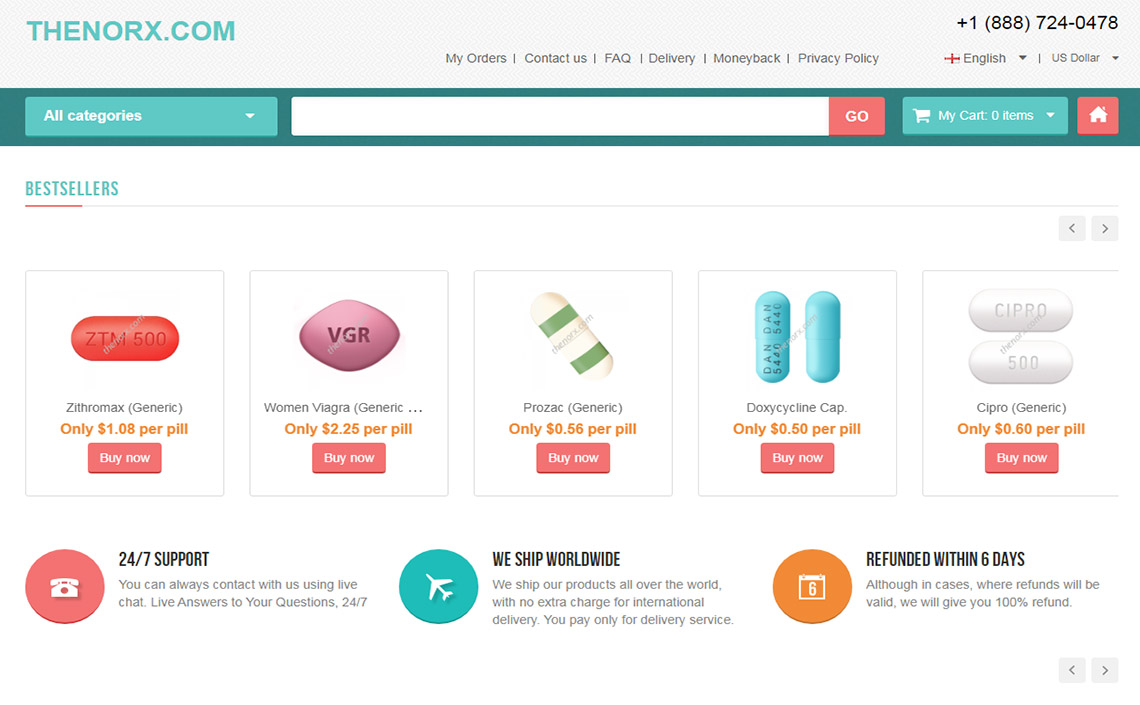 TheNoRx.com is a Russian medical store that sells drugs to customers over the internet. The pharmacy could be American. However, Russian sites have a reputation for perpetrating scams, and all the attributes surrounding this drugstore suggest that it is a scam. As such, you have every reason to assume that it is Russian.

This domain was created on the 18th of February 2020. It is just a few months old, which doesn’t bode well for its reputation. Websites that are younger than five years are often approached with caution because they have a higher chance of being scams. Internet pharmacies like this that are mere months old tend to attract even more suspicion. In fact, people normally ignore them altogether because they pose an even bigger threat. Keep this in mind before they trick you into doing business with them. The website was assigned a rating of 51 percent by ScamAdviser. That is so much lower than the ratings of the three hundred or so portals that share its server. 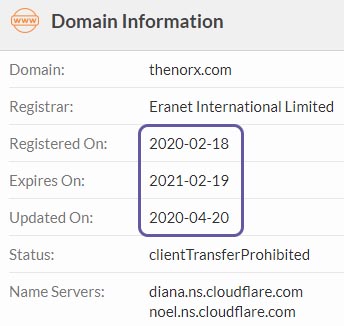 The pharmacy describes itself as a high-tech project. It has supposedly maintained a presence in the IT field for more than a decade. During that time, it has created advanced systems that it has used alongside medical professionals to meet the needs of patients. They claim to work closely with banking institutions to protect their customers from fraud and hacking. Because they only partner with licensed suppliers, their confidence in the quality of their products is such that they have a money-back guarantee on offer. 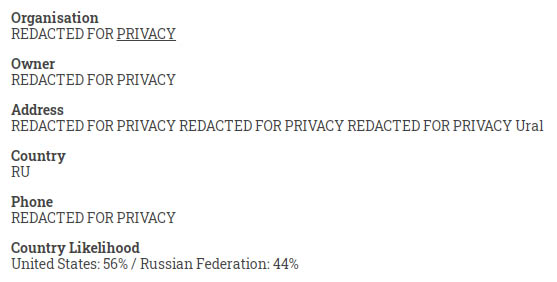 The company has so much more to say about its services. However, you have no reason to listen to them. This is because they are most likely lying. Even though they only created this portal a few months ago, they have chosen to claim that their company has been in operation since 1992. That is an outright lie. If they can lie about their age, you have to conclude that they are lying about everything else, including the sophistication of their technology and the legitimacy of their partners.

The one thing they have going for them is their platform which is neat, attractive, and easy to navigate. But every other aspect of their existence is problematic. Not only are they young but they are associated with high-risk nations like Russia. Their Alexa ranking is as low as they come and their website is slower than average. The owner is anonymous. He doesn’t want people to identify him, which means that he has something to hide. Legit websites are far more open than this. They won’t hesitate to tell you everything you need to know about their business. This pharmacy is the opposite. It doesn’t even have a business address. That further cements the concern that it is a Russian site. Why else would they work so hard to hide their location? This assumes that they have a location. A lot of online pharmacies only exist on the internet.

Even though the store has been in operation for several months, it doesn’t have any licensing or accreditation, which means that it isn’t necessarily working within a legal framework. As the website is very new, you can’t find it in the database of LegitScript for example.

While it might deny it, the platform is primarily interested in sexual enhancers. This is all they seem to promote on the site.

According to the drugstore, the medicine it sells is between 5 and 15 percent lower than what you see in traditional pharmacies. Their products come from markets in places like India and China where medicine is cheaper. Though, it should be noted that India and China produce a lot of counterfeit drugs. It is not clear how payments are made. Though, there is every reason to believe that they accept credit cards. Deliveries take any between 25 and 60 days and shipping costs $30.

There are no authentic reviews from customers for this site anywhere on the internet. Considering the low Alexa ranking, this makes sense. So there is no single comment proving that the online pharmacy actually exists and delivers medications.

Because of the absent business address, regulatory authority, and customer testimonials, among other things, this internet medical store gets a rating of 1 star.